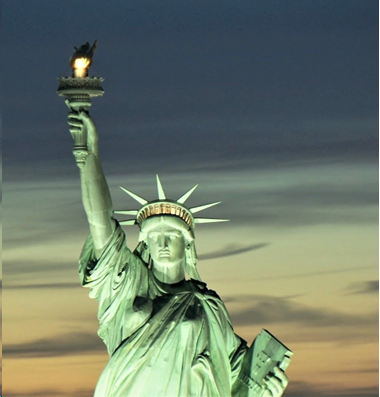 Tonight, where true to form that all politics is local, the national gun control debate moves into the 2.2 square mile city of Falls Church, Virginia. The City Council plans to vote to pass a broadly worded gun ban ordinance in Falls Church, with no live public comment arranged for the council meeting yet again. Despite the clear opposition voiced by many residents, the city has moved forward swiftly blocking a live citizen comment period in a stunning disregard for the 1st amendment and plans to pass this at the city council meeting tonight.

At the Council meeting on July 27th, despite the public being told that emails that indicated that they were for the public comment period would be read in their entirety, the city clerk only summarized those emails.  Some emails sent by residents before the meeting were not even mentioned.  It was a tall order for the city clerk to manage the barrage of emails that numbered 268 opposed to the ordinance by her count and 66 in favor.  A petition against the ordinance at that point had 44 signatures, the total now is just under 300.  After that meeting a petition was initiated to collect the signatures of those in favor of the ban. It is not known how many have signed that.

The meeting, available on line, starts at 7:30 p.m tonight.  Despite having access to the technology to provide for live public comment as other jurisdictions taking up this issue have done, the council is only taking emailed comments. Only comments emailed after the Mayor calls for public comment during the meeting will be read out loud in their entirety.  All other emails received earlier, even if indicated that they are for public comment, will only be summarized.

The city wide ordinance would prohibit the possession, carrying or transportation of any firearms, in public buildings, parks, recreation and community centers and in street events where events or rallies, that have city permits.  This would also include ammunition, or components or combination thereof in said spaces.  It will not make an exception for law abiding citizens who possess concealed handgun permits issued by the State of Virginia. Violators face a Class 1 misdemeanors punishable by up to a year in jail and a $2,500 fine.

Why is the Council Not Providing for Live Public Comment?

Despite the constitutional ramifications of the wording and the direct impact this ordinance will have on law abiding residents and visitors in Falls Church, the City Council made no arrangements to create live voice public comment for this meeting.  The Council claims to not have access to the technology and has signaled that they know best.  On August 5th Chief Mary Gavin hosted a live community chat to discuss Police Reform and citizens were provided the opportunity to call in to participate.  Apparently the Council does not have access to this same city technology.  However, a citizen only identified as Jasmine, commenting on a local news website FallsChurchFACTS.com, stated “ The only reason the city is not holding public comment is because they don’t want to hear from ALL the people that are against this ordinance…this ordinance will do NOTHING to make the city safer….Shame on you City Council.”   Some citizens are discussing a petition to recall the entire council and social networking discussions exploded not only on gun control and this ordinance, but the infringement of 1st amendment rights. One citizen commented “Wherever you stand on the issue, this sets a very dangerous precedence for future laws and regulations” by banning live public comment.

Council Member Ross Litkenhous Voice of Reason on This Issue:

During the August 3rd, City Council work session, Council Member Ross Litkenhous, seemingly a voice of reason on this issue, stated “This is very difficult for me to think about acting on an ordinance to solve for a problem here locally that doesn’t exist …and just a practical standpoint I want to get to language that makes sense practically.  I still just have a problem passing an ordinance that inadvertently puts people (law abiding concealed carry weapon permit holders, (CCW)) in that situation, some people can’t even “ stomach the idea of potentially violating the law even though it may be forgiven” “I am uncomfortable with the language in this ordinance ….. it’s an issue for me.”  Phil Duncan also seemed to be expressing a concern for how CCW would be impacted.

Despite this expert opinion from the veteran police officer with over 30 years of experience, Council Member Letty Hardi, revealed her lack of comprehension as to how seriously that conceal carry holders view the rules that allow them to carry, she stated her belief, though not expressly written into the law,  that she was “sure they (law abiding conceal carry holders) would willingly leave (the area) without putting up much of a fuss,” if approached by an officer and asked to leave. She went on to state that she did not want to “ erode the ordinance any further beyond what is written right now,” citing data not found in the meeting minutes that “more guns and more conceal carry leads to more accidents.”  The fact that concealed carry permit holders would not be arrested but would be asked to just move along, as Hardy stated, is not expressly written into the ordinance. This discussed intention can be achieved by including the language “upon refusal to leave” which is often expressly written into ordinance language to assure law abiding citizens that they would not be caught up in such an ordinance.  However, Letty Hardi did ask about an exemption for a single person she knew, asking if a federal judge that carried for their protection would or could be exempted from this ordinance.  It was explained that individuals like this judge would not be included in the exemptions, as currently delineated by Virginia Code and so therefore that individual would have to abide by this ordinance if passed.

Localities in southern parts of the state are passing “No local gun-control” resolutions. Newport News passed a gun ban but made an exemption for concealed carry permit holders in light of the recent incident that informed their decision.   Falls Church City Council has indicated it will move forward on this, capitalizing on the authority given to them by the passage of HB421, that gave localities the authority to restrict guns in their own municipalities.   The City Council appears poised to infringe on the 2nd amendment while trampling on the First Amendment.