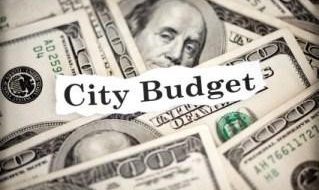 City Hall Renovation over budget The City was not able to negotiate a not-to-exceed-priced contract to renovate City Hall for the $13 million they had budgeted.  The new plan is to cut back on the scope of the project and try again. Enrollment Projections Error We had a total of 8 new students in the school system this year.  Our enrollment consultants who were also paid to provide us enrollment predictions to justify the size of the new high school, say that this year’s surprisingly low number of new students is an anomaly.  In October 2016, they had predicted that there would be 75 new END_OF_DOCUMENT_TOKEN_TO_BE_REPLACED

By Mark Quave
With 2 Comments

There is an intricate 30-year City plan to procure a $ 120MM new high school. It is risky because there are so many steps in the plan and each step has risk. The risks have been identified and there are mitigation plans to help keep each risk from occurring, but there is little or no contingency planning for the situations if the risks were to come true.  Some call this stress testing, sensitivity testing or modeling. For example, the City says the worse consequence of many of the risks would be that taxpayers would have to pay the $ 7.4 MM bond payment every year END_OF_DOCUMENT_TOKEN_TO_BE_REPLACED

By Mark Quave
With 29 Comments

Prior to the 2008 real estate bust, many Americans had purchased homes that they could not afford comfortably, at least if judged by traditional lending practices that had been in place for decades. By 2007, lending standards had been relaxed, adjustable loans with low initial rates had been pushed, and the accepted assumption was that home values would continue to increase. Good people who wanted the American Dream for their families and who had every good intention of paying back their mortgage faithfully, ended up not being able to do so, eventually losing their homes and savings. The laws of economics don’t care much about END_OF_DOCUMENT_TOKEN_TO_BE_REPLACED

By Mark Quave
With 5 Comments

By Mark Quave
With 11 Comments

If the bond referendum passes and the City goes forward with the current plan, we will be making it easy on ourselves by cashing in on City assets now to help us with the debt payments and leaving future residents a big bill and lots of risk. The cost to repay the $ 120 million bond is about $ 7.3 million per year for 30 years. Keeping in mind that a one cent tax increase in real estate tax rates yields about $ 400,000 in revenue to the City, then another way of looking at the cost of the school is that it costs 18.25 END_OF_DOCUMENT_TOKEN_TO_BE_REPLACED

By Mark Quave
With 4 Comments

Remember interim’s School Superintendent Schiller’s February 2017 advice to build a single-phase high school for $ 60 million? What if we followed his advice? Let’s say he was off and it would cost $ 70 million. And, let’s not build a school for 1,500 students like he suggested, but a smaller school for 1,350 students. Also, don’t build an expensive 5 story school. Build a cheaper-style 2 story school that we can expand upon. Q: What are the advantages of this approach? A1. We save $ 50 million dollars and borrow $ 50 million less. A2. We can afford to keep the 10 acres of END_OF_DOCUMENT_TOKEN_TO_BE_REPLACED

By Mark Quave
With 4 Comments