Just One of the many concerns with the $120 million proposal : 1000 Apartments?

On Wednesday, October 25, 2017, at the most recent school board candidate forum, candidate Alison Kutchma mentioned 1000 apartments. In her remarks outlining her reasons for not supporting the $120 million bond referendum, she stated, among other reasons, that many in the community were not in favor of adding 1000 apartments to the Falls Church community on this site.

One attendee was surprised to hear about this proposal which only serves to underscore the need to give the community more time to discuss not only the options for the use of this land, but all aspects of what this referendum means for our community.  Many voters are still seeking even the most basic information about this proposal.

The roughly 1000 units, as part of the proposed land was a component of the strategic roadmap by Alvarez & Marsal.  The business management firm was hired by the city to determine what type of development would be best suited for this area of land.

The page below, as part of the Alvarez & Marsal strategic roadmap document (page 6) includes a line that suggests “leveraging synergies with…middle and high school families,” an effort that would certainly attract school age students to the proposed apartments adding to the overcrowding we now face and are trying to expand our facilities out of. 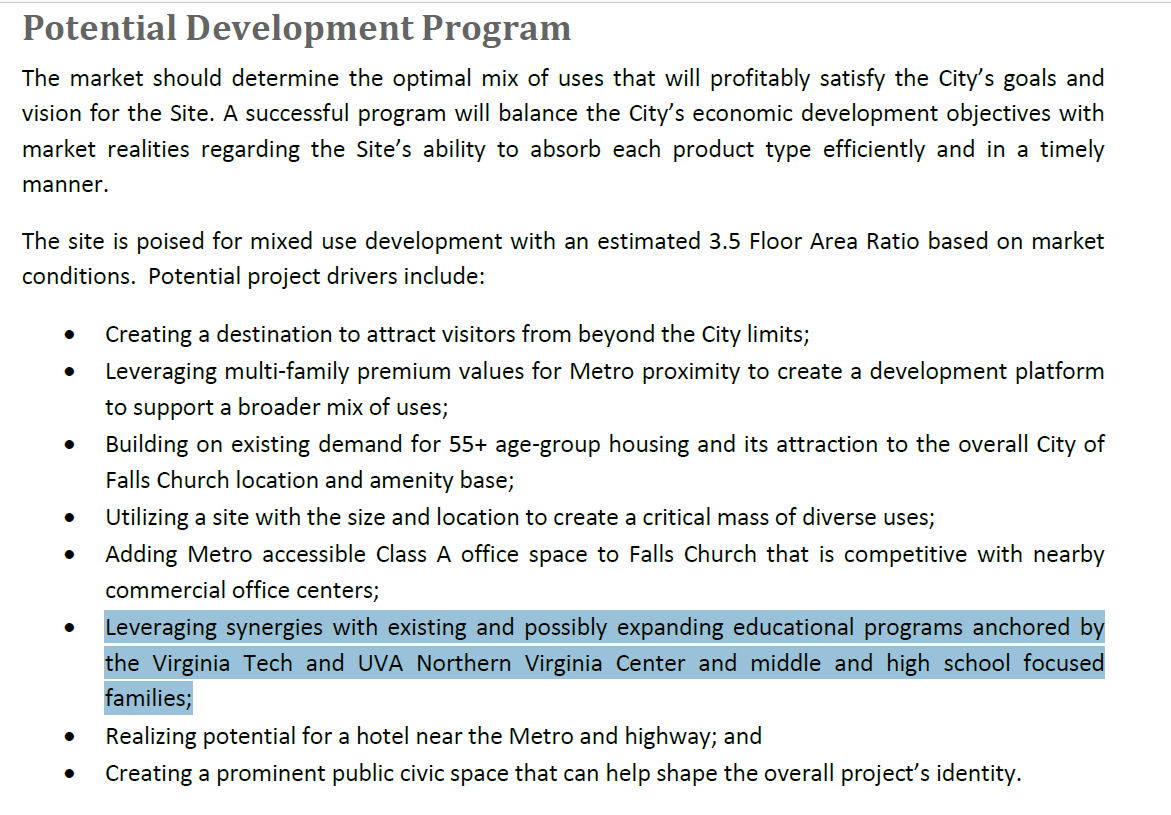 The city also provided details of the proposed development at the GMHS meeting on September 10, 2017 outlining the estimated 964 apartments, a hotel, retail and office space. 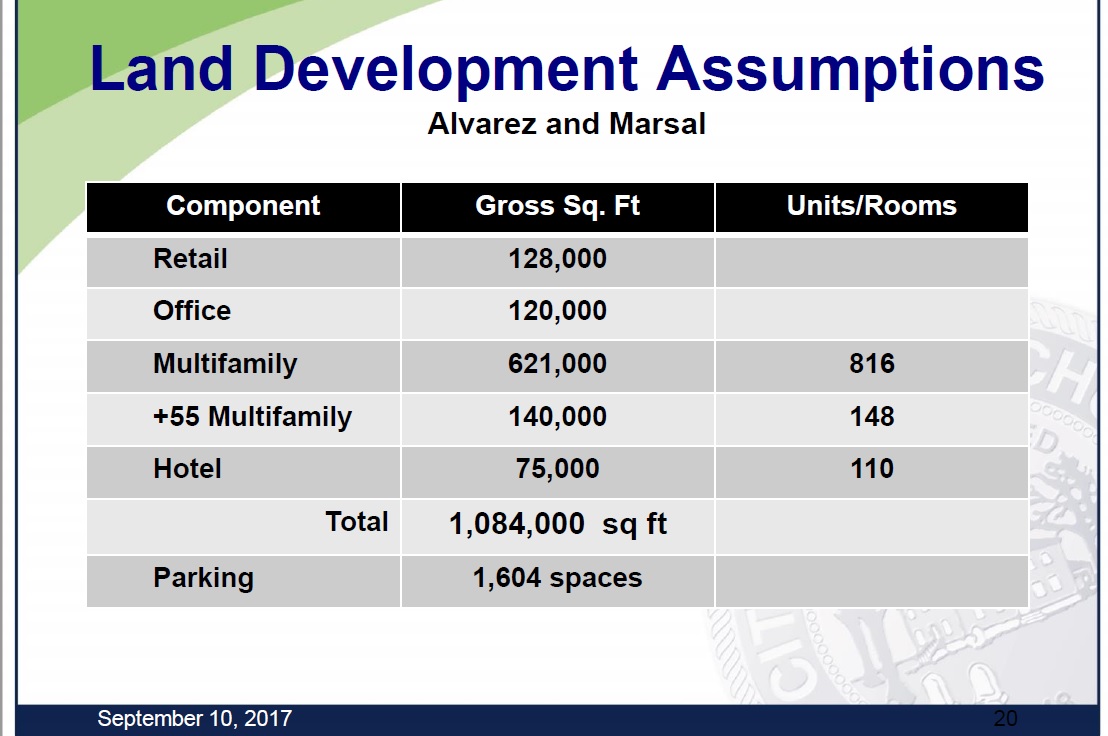